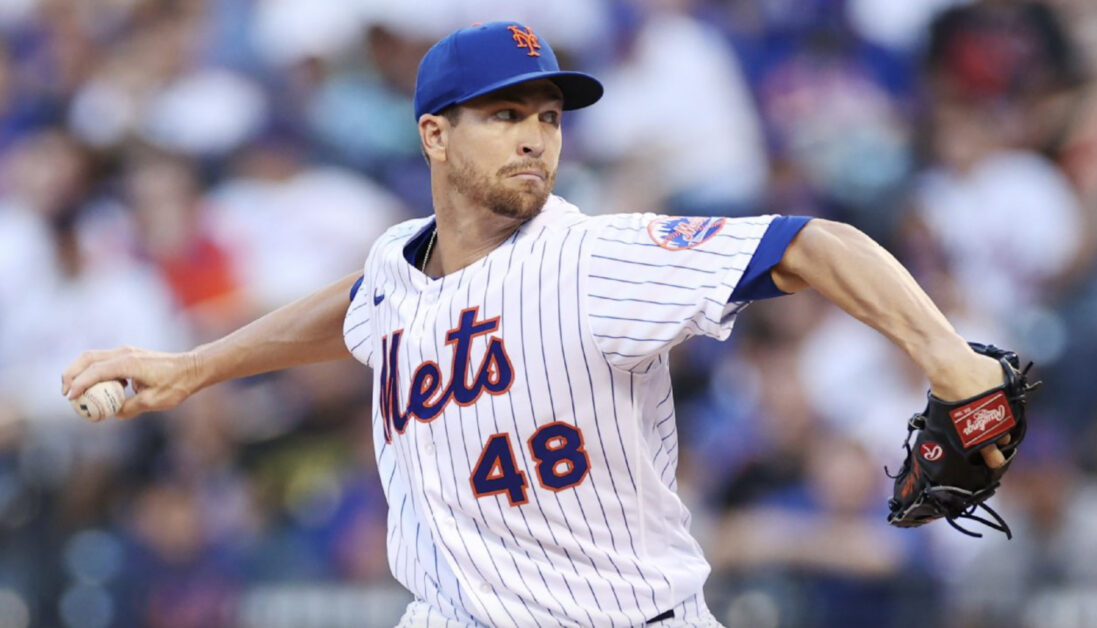 The MLB offseason is always filled with some big moves, and it appears that the Texas Rangers might have made the biggest move. Texas is going to enter the 2023 season with a ton of talent on offense, and they just recently made a move to bolster their starting rotation.

Texas was able to land free agent pitcher Jacob DeGrom to a multi-year deal, and the move gives the Rangers a legitimate ace. It was expected that DeGrom was going to end up back with the New York Mets, but that isn’t what ended up taking place.

This was a five-year deal with the Texas Rangers, and Jacob DeGrom will be receiving $185 million. Texas had plenty of money to spend this offseason and they decided to make a move to give themself an ace at the top of the rotation.

DeGrom has spent the first nine seasons of his MLB career with the New York Mets, but it has also been a tenure that has been filled with injuries. When healthy, DeGrom has been one of the best pitchers in baseball, and he will now be taking his talents to the American League for the first time.

There is actually a sixth-year option included in the deal, and it could make it worth $222 million. The recent injury struggles for DeGrom proves that this could be a risky investment for the Rangers, but he continues to be nearly unhittable when he is healthy.

What makes this deal even sweeter for DeGrom is that it includes a full no-trade clause. Every team in the league was expected to be interested in DeGrom, but the Rangers had the money and the resources to land him.

New York announced that signing Jacob DeGrom was the number one priority in the offseason, but the former Cy Young Award winner was looking for a change. If DeGrom is able to regain his form with the Rangers then Texas could and should be good enough to compete for a World Series title.

The New York Mets might not have been able to re-sign Jacob DeGrom, but they wasted little time in making a big move after the season. New York was able to strike a deal with closer Edwin Diaz, and he was a pitcher that they simply couldn’t afford to miss out on.

New York locked up their closer on a five-year $102 million deal that makes it the biggest contract ever handed out for a reliever. Some of this money probably could have been used to try and resign DeGrom, but the Mets now have the back end of their games locked up.

This deal from the Mets actually set an MLB record in terms of guaranteed money for a reliever, and it also includes plenty of deferred money. The Mets are no strangers to offering this type of deal, as they are still paying Bobby Bonilla every year because of a previous contract.

It’s unclear how many other teams would have been bidding for the services for Diaz, but the Mets didn’t even give him a chance to hit the open market before locking him up.

While the MLB meetings are just getting going, there is one position that will continue to attract the most attention. The pitchers have started to get the biggest contracts early in the free agency period, but it’s the shortstop position that is going to command the biggest money.

What makes this free agency period interesting is the fact that some of these players could be leaving teams that are then going to be in the bidding war.